NORMAL HEARTBEAT
HEARTBEAT IN THE
CASE OF ATRIAL
FIBRILLATION

What actually takes place in your heart?

Our virtual heart. Get an overview of how the heart works and what happens during atrial fibrillation. Use the magnifying glass to look closer into the heart and learn how a normal heartbeat occurs and how blood flows within the heart. The changes in blood flow during atrial fibrillation are also illustrated. Activate the e-document for further explanations corresponding to the position of the magnifying glass. 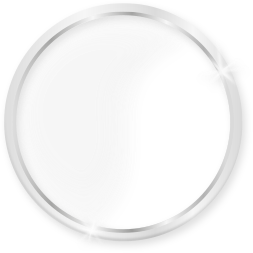 Our e-document will explain it to you.
You just have to switch it on.

Atrial fibrillation is a disruption of your normal heart rhythm. It mostly occurs suddenly without any noticeable cause and shows varying levels of intensity. Most frequently an uncomfortable irregular heartbeat or palpitation occurs and causes breathlessness, weakness, dizziness and sometimes also chest pain. Often one feels anxious or even scared. 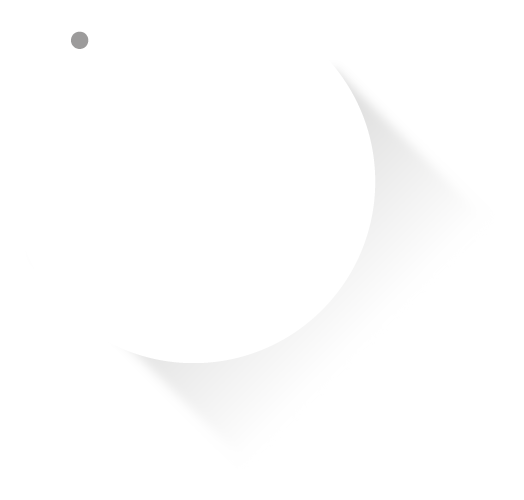 Atrial fibrillation can also be much more dramatic. A pulse that's too slow could lead to fainting spells. Blood clots that form in the atria due to sluggish blood flow could be swept into the blood circulation with serious consequences. If such a blood clot reaches the brain, it could cause a stroke.

Atrial fibrillation is generally determined by a cardiologist on the basis of an examination of cardiac current flows in an electrocardiogram. An additional examination, the ultrasound examination of the heart (echocardiography), lets the doctor see how the heart is pumping.

What can cause atrial fibrillation? 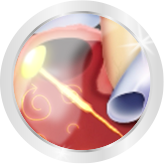 Areas in the heart muscle tissue apart from the sinus node could start to send their own electrical impulses and compete, so to speak, with the sinus node. 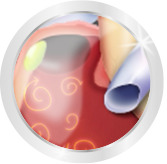 Chaotic circular impulses in atrial muscle tissue trigger high frequency, weak contractions manifested as atrial quivering and interrupt the rhythmic transmission of the impulse of contraction to the AV node.

How atrial fibrillation is treated

The treatment of atrial fibrillation serves a number of purposes:

The focus is on restoring the normal sinus rhythm using medication that lowers the heart rate (rate and rhythm control) in order to return the heart to its normal rhythm. The electrical impulse transmission in the heart muscle tissue is calmed by so-called antiarrhythmic drugs.

In case of persisting symptoms, another possibility would be to try resetting the heart's rhythm back to its normal sinus rhythm using an electric current (so-called cardioversion). In case these measures are not effective, one could consider steering the impulse pathways in the heart's muscle by cauterising parts of the atrial inner membrane by catheter. Implanting a pacemaker is a further possibility.

Of course, it is important that the patient have a close look at their lifestyle and try to reduce stressful situations, unhealthy foods and smoking and increase how much they exercise.

Medication can effectively hinder the formation of blood clots in the atria by lowering the clotting ability of blood (so-called anticoagulants – wrongly called "blood thinners" – e.g. Marcumar® or a substance from the group of the novel oral anticoagulants, the "NOACs").

Surgical closure of the atrial appendage, where blood clots generally form, may be the suitable option for some patients. 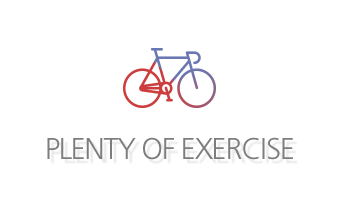 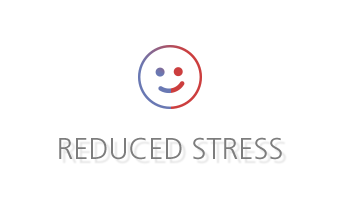 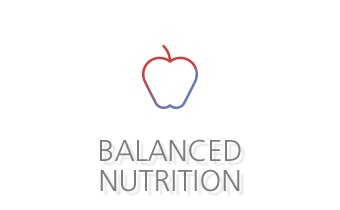 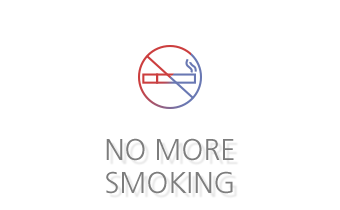 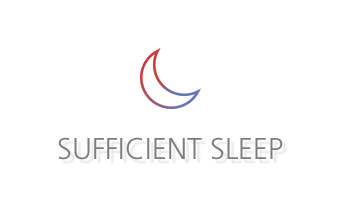 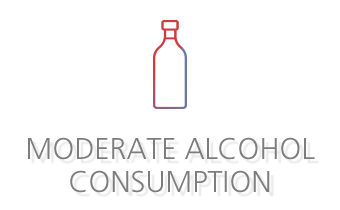 One stroke out of five is caused by atrial fibrillation

NORMAL HEARTBEAT
HEARTBEAT IN THE
CASE OF ATRIAL
FIBRILLATION 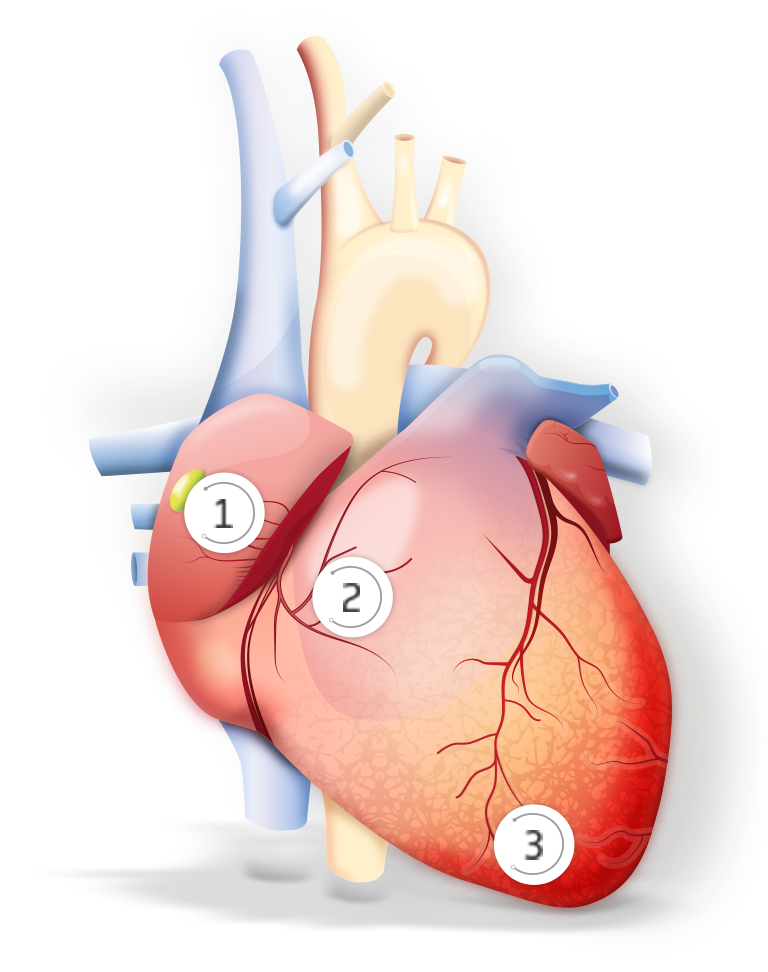 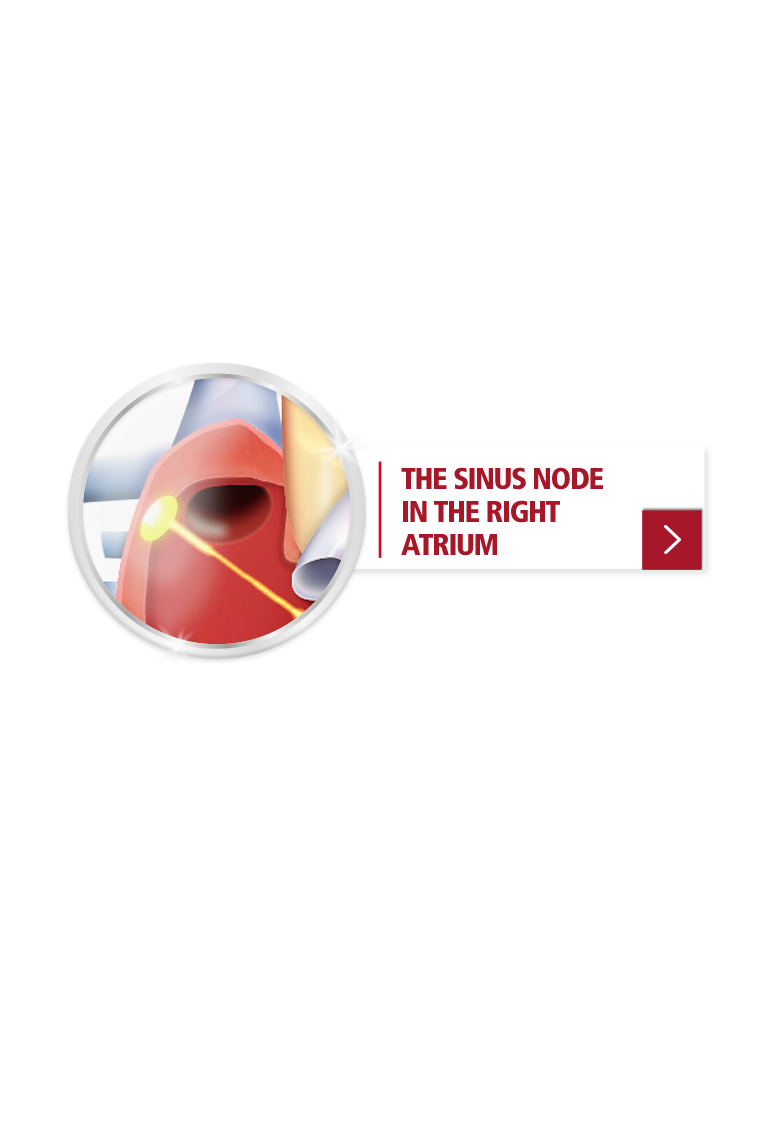 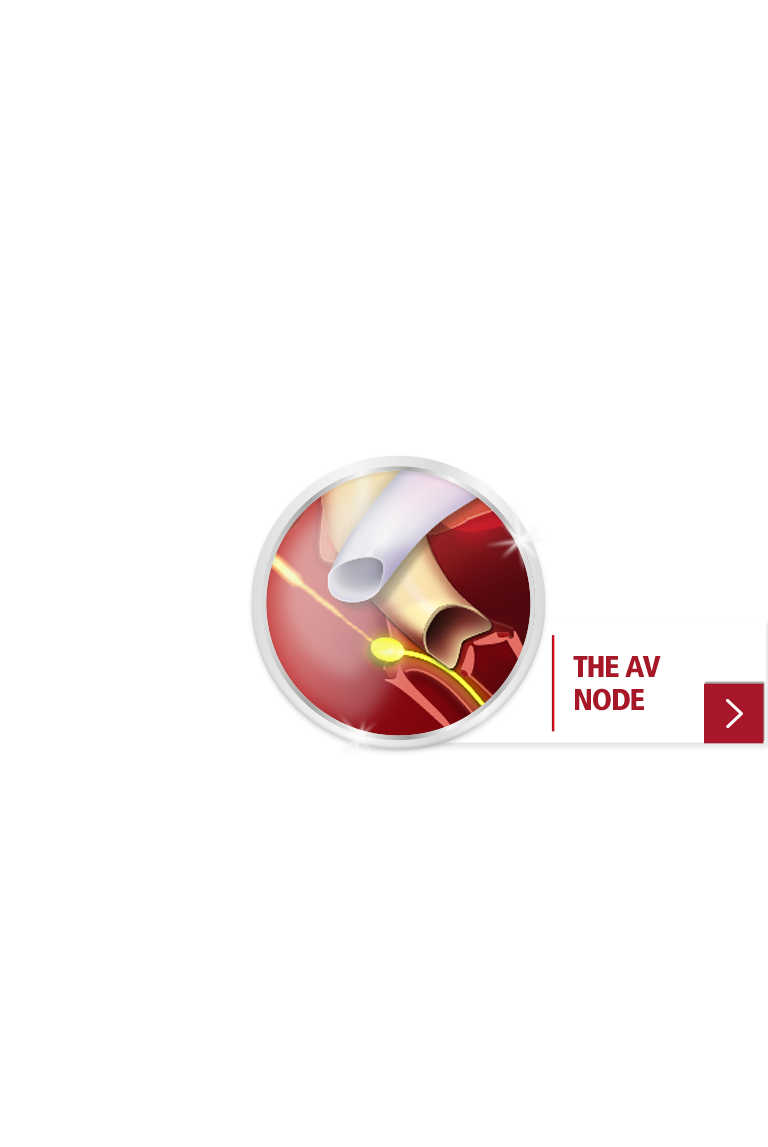 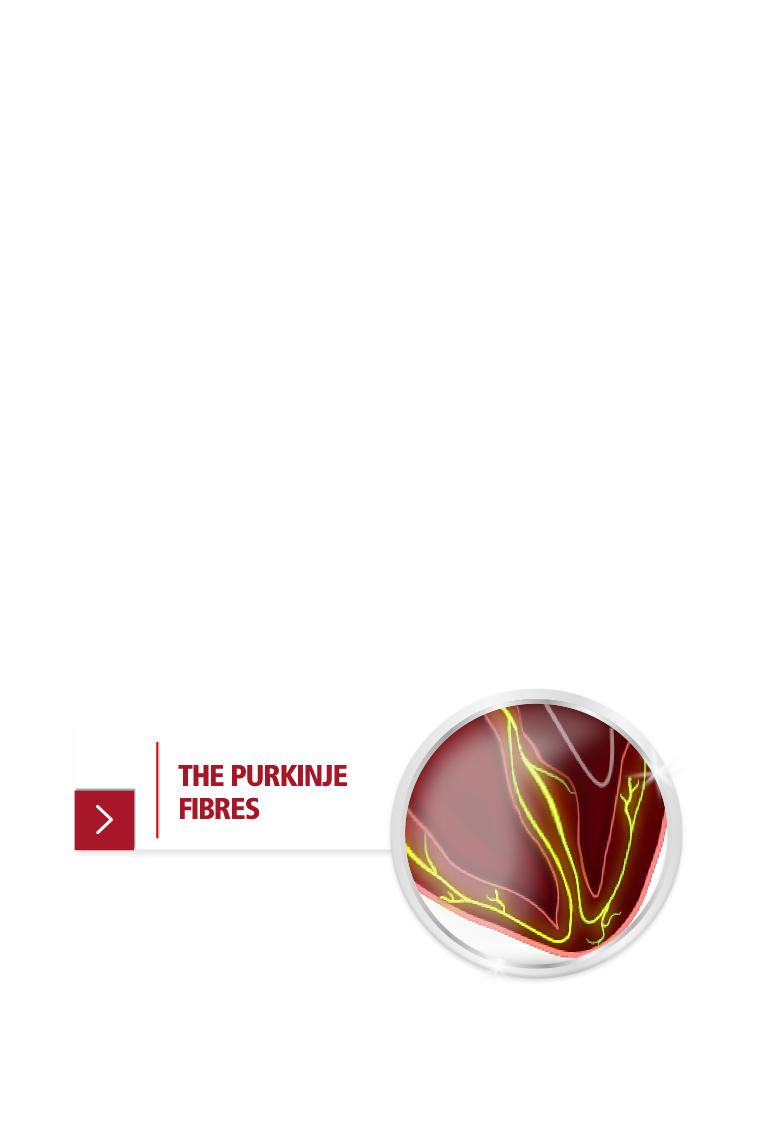 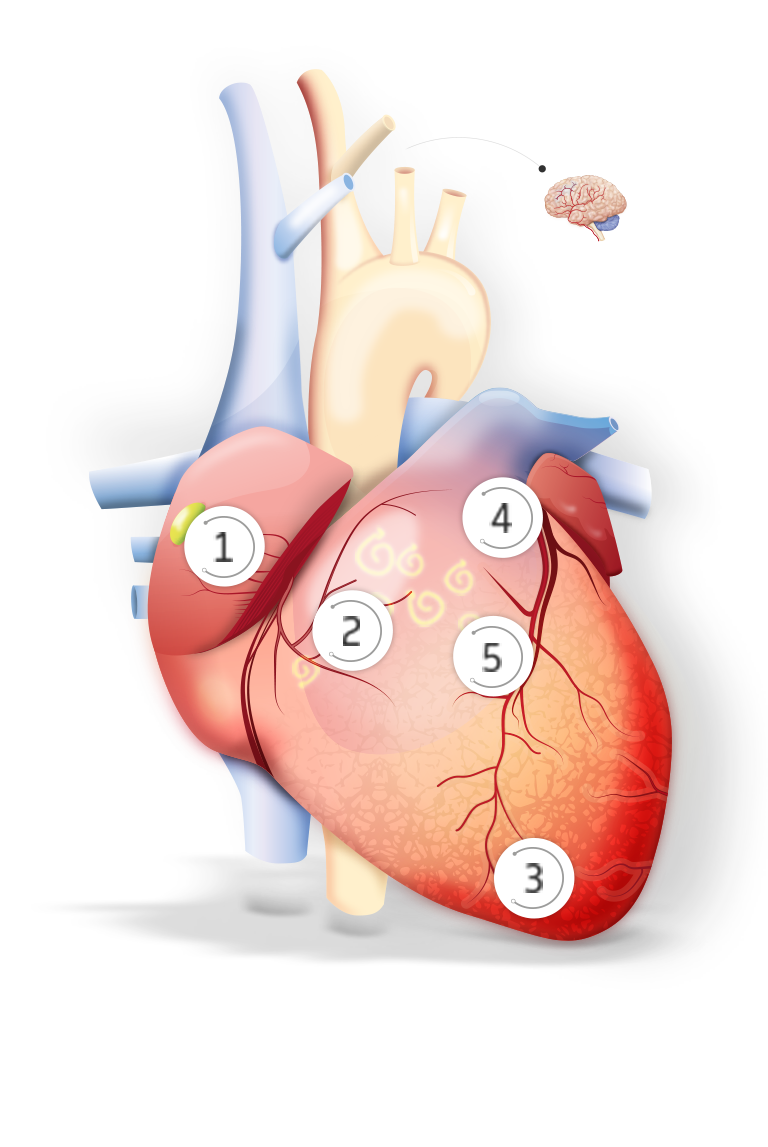 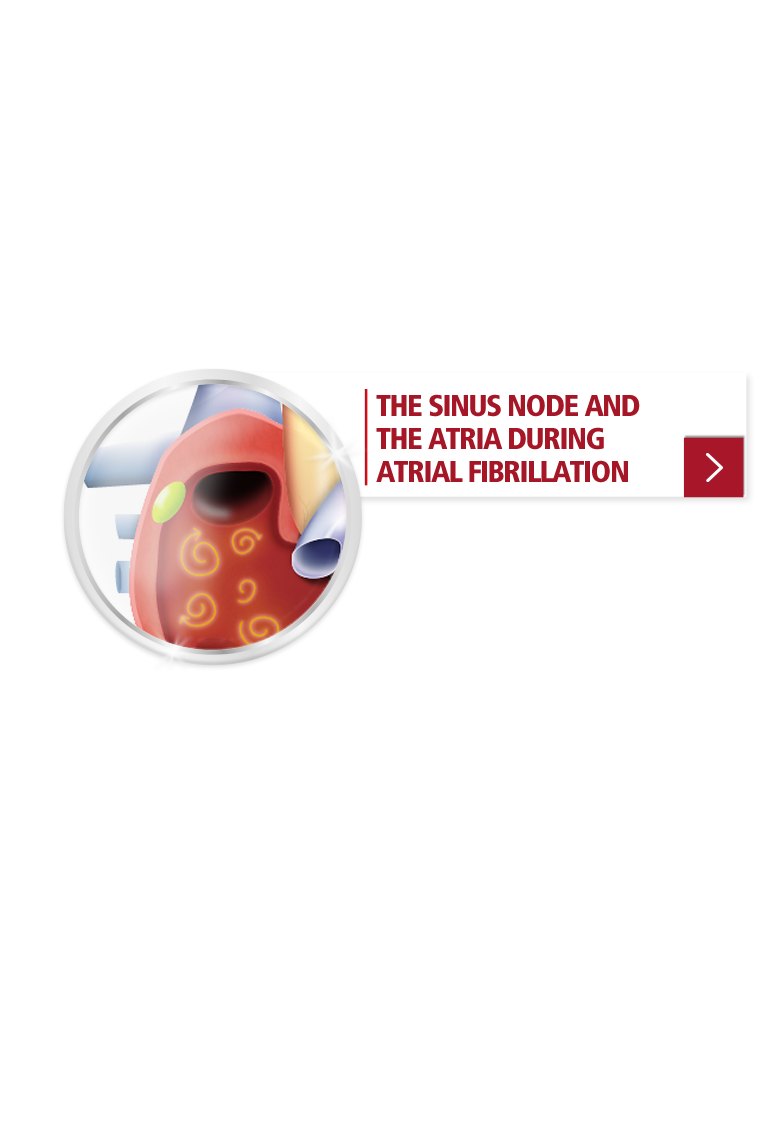 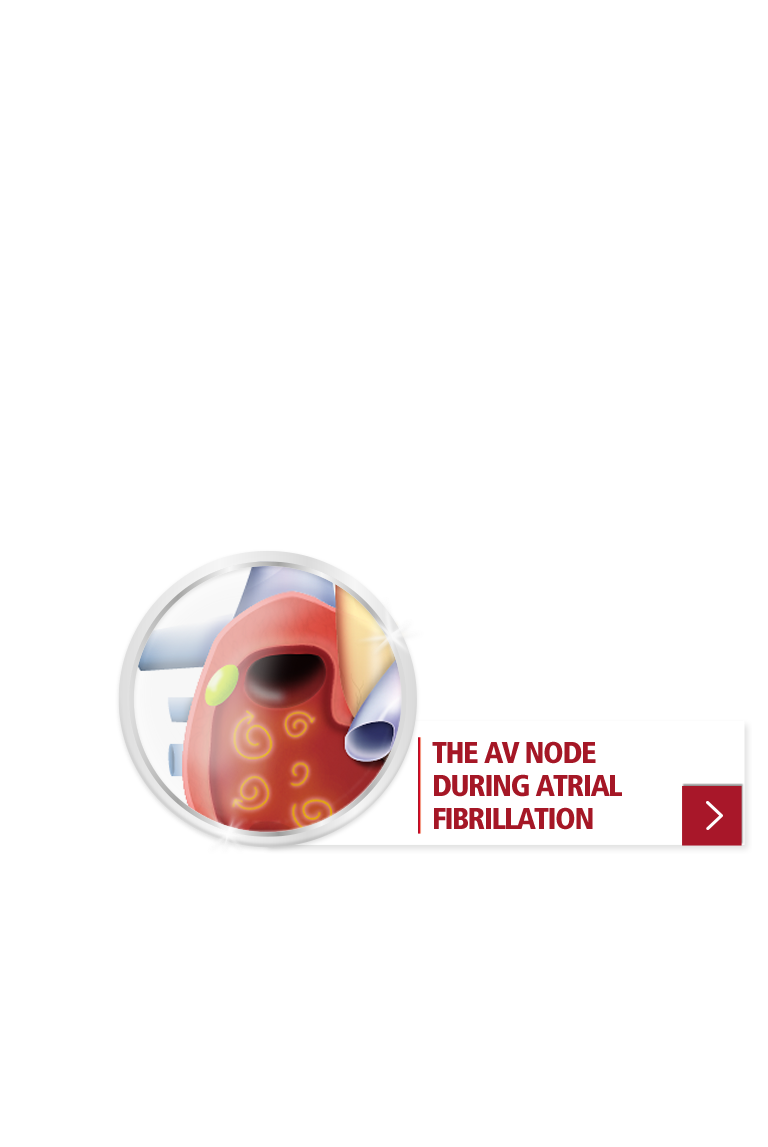 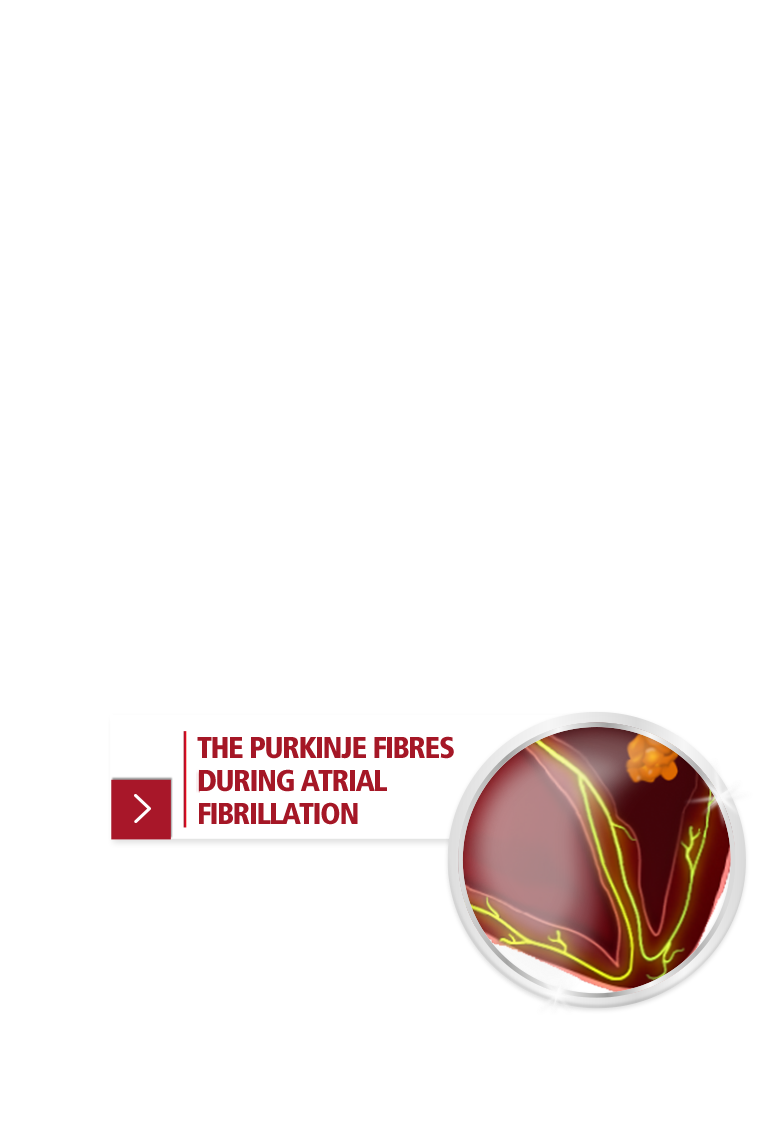 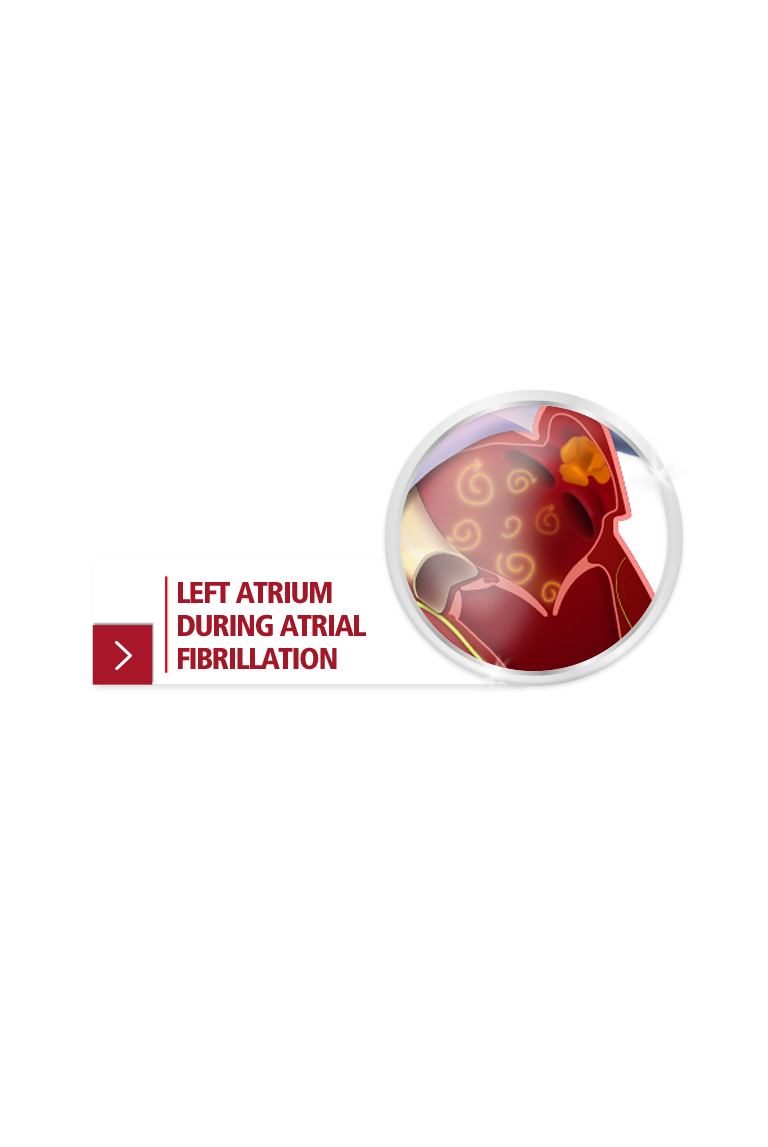 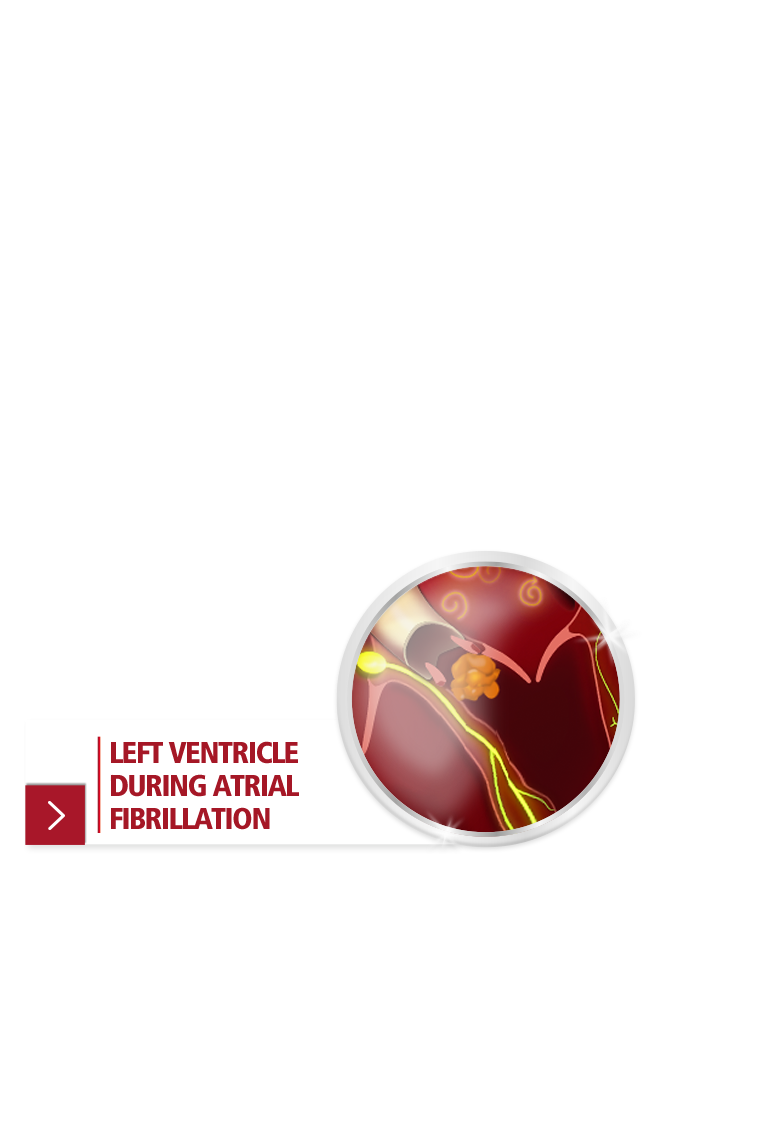 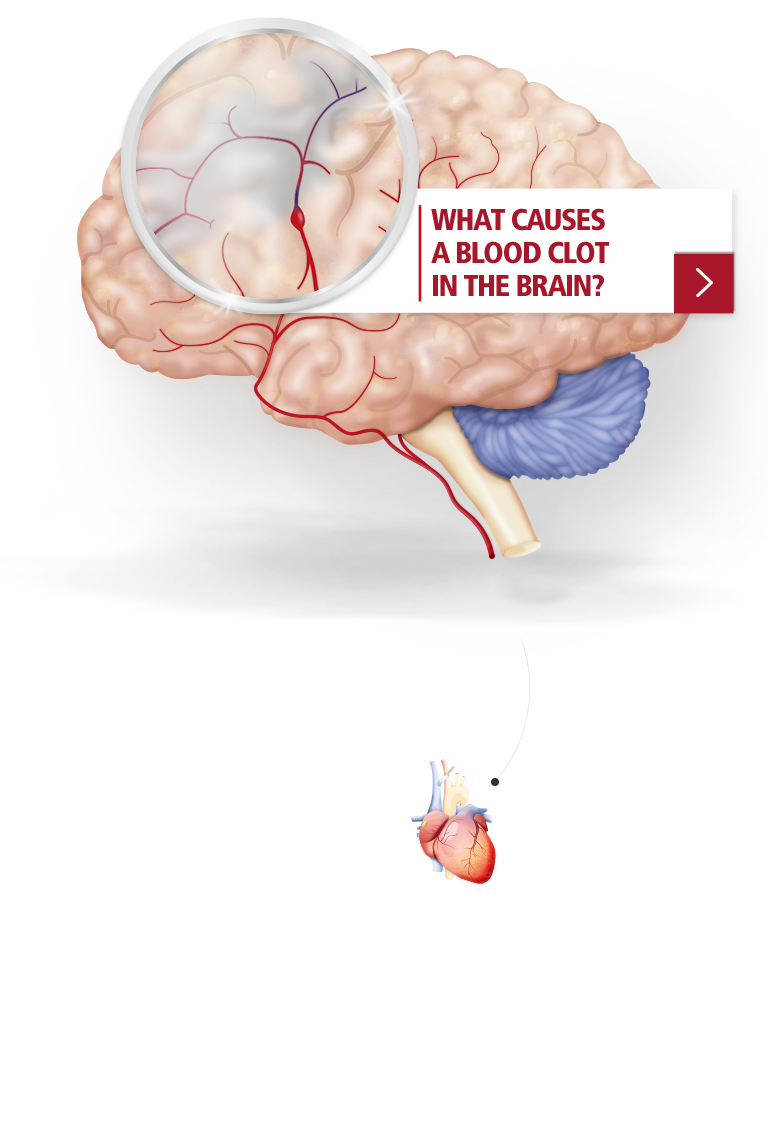 What actually takes place in your heart?

Our virtual heart. Get an overview of how the heart works and what happens during atrial fibrillation. Use the magnifying glass to look closer into the heart and learn how a normal heartbeat occurs and how blood flows within the heart. The changes in blood flow during atrial fibrillation are also illustrated. Activate the e-document for further explanations corresponding to the position of the magnifying glass. 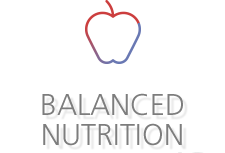 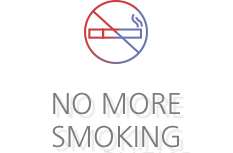 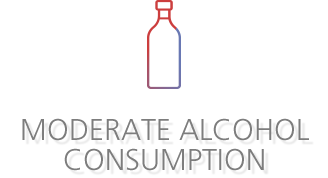 What causes a blood clot in the brain?

Blood clots that are swept into the brain are a cause of strokes. As the branches of the blood vessel become progressively narrower at some point, the clot gets stuck. The area of the brain served by this blood vessel is cut off from oxygen supply leading to death of the tissue. Symptoms and the extent of damage depend on the size of the blood clot and the brain area affected.

Some patients are wary of using anticoagulants. They are worried that by hindering the blood clotting mechanism they are at increased risk in case of an injury or emergency operation and that the risk of internal bleeding is higher. They are also worried about interactions with other medication and foods that could also increase the risk of bleeding.

It is true that the dosage has to be correctly managed for the medicine to be effective without allowing the risk of bleeding to become unacceptably high. In the case of medicines such as Marcumar® or Falithrom®, the correct dosage has to be monitored continuously by laboratory tests at short intervals. Novel non-vitamin K dependent oral anticoagulants (NOACs) inhibit coagulation by using individually tailored fixed doses, without the need for relevant dietary interaction or elaborate laboratory monitoring. As a result, tolerance to treatment has improved and treatment has also become more user friendly. NOACs have consequently replaced Marcumar® as the means of choice (see ESC Guidelines 2016).

Patients should discuss the differences between the various anticoagulants with their doctors so that they receive the treatment that is best suited for them. In the case of injuries, there are methods and means available that can also treat severe bleeding.